Running Scared: Fear, Worry, and the God of Rest by Edward T. Welch.

An examination of the biblical roadmap to a life of peace and security, is written for those who appreciate a comprehensive analysis written in conversational prose. Insightful and very helpful for those with anxiety issues.

The Search For Significance: Seeing Your True Worth Through God's Eyes by Robert McGee.

Robert McGee's best-selling book has helped millions of readers learn how to be free to enjoy Christ's love while no longer basing their self-worth on their accomplishments or the opinions of others. In fact, Billy Graham said that it was a book that "should be read by every Christian."

This is not a self-help book; it is thoroughly Biblical and focuses on key doctrines.

Can Christianity Cure Obsessive-Compulsive Disorder?: A Psychiatrist Explores the Role of Faith in by Ian Osborn MD.

Obsessive-compulsive disorder (OCD) is a relentless condition, the primary symptom being the occurrence of terrifying ideas, images, and urges that jump into a person's mind and return again and again, despite the individual's attempt to remove them.

Christians who suffer from OCD may grapple with additional guilt, as the undesired thoughts are frequently of a spiritual nature. Yet people may be surprised to learn that some of the greatest leaders in Christian history also struggled with this malady. What did they experience? How did they cope? Were they able to overcome these tormenting, often violent, obsessions? Where did God fit into the picture?

Ian Osborn shares the personal accounts of Martin Luther, John Bunyan, and Saint Thérèse of Lisieux, as well as his own story, in exploring how faith and science work together to address this complex issue.

The Finished Work of Christ: The Truth of Romans 1-8 by Francis A. Schaeffer, Udo W. Middelmann.

The Book of Romans, with its compact yet all-encompassing summary of the Christian faith, has greatly influenced the church through the centuries. Augustine, Martin Luther, and John Wesley all trace their spiritual renewal to a reading of Romans. Great revivals in church history have been sparked by studying it. And the doctrinal truths within Romans are foundational to all of the late Dr. Francis Schaeffer's work.

Now available for the first time ever in print, Schaeffer's landmark commentary on the first eight chapters of Romans--drawn from his recorded talks to a group of students more than three decades ago--provides fresh insight into Schaeffer's thinking and the message of this most remarkable epistle, as well as an arresting perspective on our own times.

A General Introduction to the Bible Hardcover by Norman L. Geisler and William E. Nix.

An updated version of the popular original, it satisfies the exacting demands placed on any good Bible introduction: Excellent scholarship and clear writing.

Written by one of the best known and most respected evangelical biblical scholars of all time, "Paul" explores the primary themes in Paul's thought as they developed in the historical context of his life and travels.

The Case for Christ: A Journalist's Personal Investigation of the Evidence for Jesus by Lee Strobel.

Using the dramatic scenario of an investigative journalist pursuing a hot story, Lee Strobel uses his experience as a reporter for the "Chicago Tribune" to interview experts from the fields of science, philosophy, and history in an attempt to force the truth about Jesus Christ and Christianity out into the open.

The Grace Awakening: Believing in Grace Is One Thing. Living It Is Another, by Charles R. Swindoll.

"The Grace Awakening" calls all Christians to wake up and reject living in such legalistic, performance-oriented bondage. It's clear that the challenges in the world are greater than ever, but the need for Christians who will live out their witness in freedom and compassion is even greater.

The Holiness of God by R. C. Sproul.

One of the most major flaws today, in both Christian and secular circles, is an incredible lack of appreciation for God's holiness. This classic addresses it wonderfully. To know God's utter holiness is to appreciate His grace all the more.
Revised in 1997, The Holiness of God has sold almost 200,000 copies since it was first released in the 1980s.

True Spirituality is the result of Schaeffer’s honest search for answers. When the book was published thirty years ago, it shook the Christian world. Young people flocked to L’Abri, his spiritual retreat center in the Swiss Alps. Today, it’s a classic book on understanding what real Christianity is all about―what it means to follow Jesus moment by moment. A wonderful book, a must read.

Popular posts from this blog 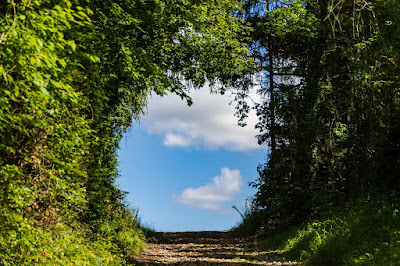 The following is my personal Christian testimony. I have never shared the full details before, though I have been very open about my struggles. This should not be assumed to reflect the normative or average experience of accepting Christ, it is that of a troubled man. It is because of the hope in this darkness I share it. (Note: This was originally shared in the September 2019 newsletter of Cross Road Baptist Church).

I was 19 or 20 years old, living an isolated life with severe social anxiety. I had little contact with anyone, living in one room in my parents’ house. One day I went out to get the mail and found a tract on the ground in front of our mailbox. I brought it into my room and read it, discovering bible verses about how you can be saved. I accepted Christ. God had a unique way to reach me in my lonely life.

I can’t say everything became wonderful. I was spiraling downward with severe emotional and mental issues. It debilitated me for about 15 years, with severe problems af…
Read more

The behavioral exertion of anxiety is performed as a kind of work. Having a cow, freaking out, or going crazy are terms we use to define reacting to events around us. We view this as a legitimate way of dealing with life. Our logical mind may see it as harmful, but part of us is trying to affect an outcome by fretting. This attempt at control is not only ineffective, it bites back by increasing emotional problems all the more. It is a vicious cycle.

It is a given most people experience worry and stress. Anxiety may be so deep-seated that we know no other way of coping. Fear haunts the human heart. It never seems far away no matter how together we may assume we are. Many struggle with acute forms such as panic attacks. Counseling, medication, and therapy may help, but if we are to have a lasting change, we need help that will reach the most visceral levels. Unlearning deeply rooted lies and renewing the mind with Scriptural truth is key. It is one thing to understand what is not worki…
Read more

Life is full of adversity and difficulty. We may not realize how much extreme effort we are exerting, if anxiety, stress, and "freaking out" is our way of coping with circumstances. Somehow we feel the strain will affect the outcomes. Worried fretting is held to our chests as we agonize, without considering healthier, more objective ways of dealing with challenges. The energy produced, though harmful to our emotions and health, seem a valid way of trying to manage. It becomes part of handling things.

In contrast, when we come to God first in our need, when we lay our agitated hearts before Him, we confront life with truth. We cry out for the whirlwind to stop and for Him to be our peace. Help alone is not enough, however. As we give up the notion of self-sufficiency and trust in God in Christ Jesus to be our enabling and contentment, we become free. There is need for Him to equip and empower, not simply as a nice addition to our lives. This is begun by learning of Jesus. He…
Read more

Jeffrey M Green
Jeff Green is an artist (www.jeffreymgreenartist.com/) and writer. He lives in Bangor, PA with his wife Cherie and their lovable cat Bleau. Jeff once lived as a shut-in, isolated in the debilitation of severe OCD, social anxiety, and depression. Though today these issues may provoke trials, the security and comfort of the graciousness of God defines his life with transforming joy.